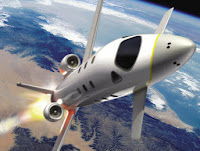 Virgin Galactic intends to send tourists to space (and bring them back) for the initial seat price for $200,000 but the prices is believed to decrease to USD 20,000 eventually. So far around 200 tourists have booked their holiday into space. Next time your friens tell you they go on holiday to the Dead Sea, take it with a pinch of salt and keep an eye on their Facebook photos.
No comments:

When buying your groceries, in order to get the best prices you go to the supermarket because you have a wide range of products to choose from and you can get the best deals.

The same thing should happen when you book your holiday or flight: you should be able to compare and select the most convenient packages. Travelgrove.com is a meta search engine which offers you the benefits of a travel online supermarket: search for your hotel according to location, amenities, name or price before booking. Once you are happy with all these aspects you can book your room. For a cruise vacation all you have to do is select the cruise line, the length of your cruise, a destination of your choice and the month and a couple of seconds later you can book the cruise of your dreams.

The website also highlights the hot deals of the day and will lead you into the temptation of discovering new places.

For vacation packages, Travelgrove offers you the opportunity to search recommended sites like Opodo, Expedia or Lastminute and compare the prices. If you do not know much about a destination, visit the "Travel guides" section of the site to read about it. For travel tips access the website forum and interact with other users who share their experiences or who might need your help or recommendation.
No comments: 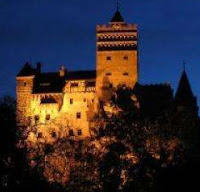 If you survive Halloween night you can head south to Bucharest and visit the Palace of the Parliament, one of the largest buildings in the world.
1 comment: