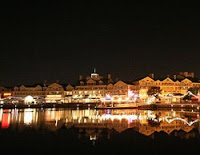 A common misconception about Orlando is that it is the home of various theme parks, large and small. But many of the theme parks are actually located outside the city.

But this doesn’t count out Orlando’s popularity. The city has greatly benefited from the theme parks in terms of additional services such as accommodation and transportation. Because of these services, Orlando will always be busy.

Surviving Orlando is all about coming to the city in the right time of the year. The peak months to visit the city are from June to August, March and April which means they are crowded with tourists. The city has the potential of attracting 52 million tourists a year so it could be easily crowded. The best time of the year to visit Orlando is before and after these peak months. You get to enjoy the best theme parks in the city without having to deal with the crowd. Off peak periods will even suggest lower hotel rates and better airfare.

When in Orlando, always consider renting a car (now pay 10% less). This is the only way that you will be able to go around the city efficiently in your preferred time. Taxis and other form of transportation are possible but you might be spending too much for little service. Even with the traffic, you could easily navigate Orlando when you have a car. Just make sure you have GPS installed to avoid unnecessary driving around the city.