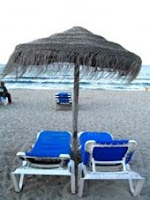 Aside from the fact that he is #1 in tennis, Rafael Nadal brings more than just fame to Mallorca

. His charisma in the game makes him a highly watched talent. His on and off court interaction with Roger Federer have been well documented. In the spirit of competition, the charisma of both players has drawn millions around the world whenever they face each other.

Rafael Nadal was reportedly paid more than $8 Million dollars for this endorsement. He will become an endorser of his hometown for three years which hopefully would be a great deal for Mallorca

. Despite the looming economic crisis, Mallorca is still confident that its tourism will experience a significant boost.

The campaign with Nadal specifically targets tourists within Europe and other Spanish who are now living outside the country. Homecoming as well as tourists from different European countries hopefully would consider Mallorca

as one of their destinations as the city seen as one of the best cities in Spain. As Rafael Nadal simply puts it, “I travel a lot and see a lot of places and that's why I can confirm that you can do anything in these islands - except, perhaps, skiing.”