US travel industry to lose on Thanksgiving 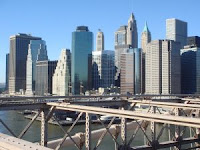 Well, Thanksgiving results will not be in for a few days, but what is already known is that the 2008 season is going to bear witness to a decline of some sort. The exact type and numbers of the decline are unknown but at the current moment in time the travel industry is definitely going to lose numbers this Thanksgiving compared to the thanksgiving of last year. The absolute number of passengers going home for Thanksgiving is going to decline and the flights that are available to take them there will decline as well. The last time that particular double whammy happened was in 2001 on the fear of travelling by air that 9/11 brought to the table.

What is going to happen between the end of the Thanksgiving weekend and the end of the year is not known, but pessimism appears to be the watchword of the day. There are few in the travel industry today that still hold high hopes for the near future.