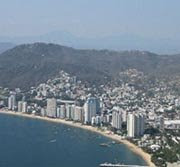 The travel industry of Mexico would rather forget the year 2009. The country’s first challenge is on recession which led to massive job losses in many countries which has greatly affected travel. As a country that relies on tourism, it’s big blow to their economy if economic troubles prevented people to travel.

But that was just the tip of the iceberg as Influenza A H1N1 (Swine Flu) began in to affect many locals in Mexico. This form of deadly flu began spreading to other countries affecting hundreds and killing a few people in the process. Some countries even issued a travel ban in Mexico to protect its citizens. This is considered worst compared to recession as this has become a fatal condition if the person is not healthy to deal with the deadly virus. Even though its neighbour and main customer (US) has lifted the ban as of May 15, tourists are still scared.

Reservations on resorts, hotels and other properties in Mexico dropped by 25% and the cities that were in the headlines during the outbreak experienced up to 40% drop in reservation.

The Mexican government has already addressed the problems related to this deadly virus. Resorts and hotels are already safe especially on popular beach destinations in the country. But even with the said preventive measures, some tourists are not convinced.

That is why a daring tourist will really enjoy Mexico since air transportation and reservation cost has dropped up to 50% when booked directly. Travel websites have also noted a drop in fees which is a perfect opportunity for an affordable vacation for seasoned travelers.