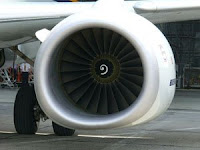 Vietnam has grown considerably over the last years because of its tourism. It is estimated that the number of tourists increase by at least 13% every year and there are no signs of slowing it down. The harsh worldwide economy may have dented tourism a little bit but tourism in Vietnam continues and strives well. The untapped beauty and culture of Vietnam has attracted curious tourists around the world.

But even though tourism in Vietnam has considerably increased, the country used to be served locally by two airlines: the government owned Vietnam Airways and Jetstar Pacific. The latter airline was created through the partnership of Vietnam Airways and Quantas Airlines. Obviously, there is a great opportunity for local travel as the two local airlines cannot handle the increased influx of tourists.

This need was answered last week when Indochina Airlines was launched. This airline company is 100% owned by local businessmen in Vietnam which makes it the first privately owned airline company in Vietnam. The company has reported to have a starting capital of US$ 12 million. Although the company doesn’t own any airplane, it is currently leasing two 174-seater Boeing airplanes.

The company plans to aggressively expand in only three years. For the time being their flights are limited to Ho Chi Minh to Hanoi (four times daily) and Ho Chi Minh to Danang (twice daily). The company is currently under the leadership of Ha Hung Dung, a prominent businessman in Vietnam which happens to be a popular personality in the country as a musician and composer.