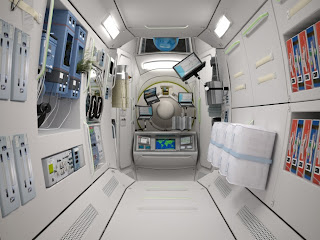 In the future, vacation ideas will include a weekend in space. A company based in Russia named “Commercial Space Station” is currently developing a hotel in space which will allow tourists to go on a hotel-like experience outside the earth’s atmosphere. The company is aiming for its first launch in 2016.

The hotel in space will be orbiting the earth just like the ISS (International Space Station). It will fly 217 miles up which should be more than enough for guests to take a good glimpse of the earth and beyond. The company estimates that the route of the Commercial Space Station will practically follow the current ISS plan.

While enjoying space flight and travel, guests of the Commercial Space Station should be able to enjoy regular amenities just like any hotel on land. The only difference is that no alcoholic drinks will be allowed. The unique feature of the hotel is there is a choice of horizontal or vertical positioning of beds. The hotel will have four cabins and up to seven passengers can be on board.

To get to the hotel in space, tourists will have to board the Soyuz Rocket. This part of travel alone could mean an adventure of a lifetime as it tries to fly regular passengers into space.

Travel cost per passenger will be $410,000 and the hotel will cost a reported $165,000 per night. Although this sounds very expensive, it’s actually one of the most affordable space-based vacation options currently under development. Many have doubts about the cost especially with inflation but the Russian company is confident with its plans and pricing.

The trip sounds fun although I won't be able to afford it unless something amazing happens in the next few years. My nly worry is what if something goes wrong, people could actually be lost in space.