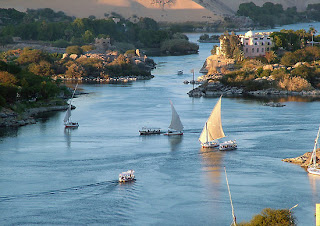 Egypt is well known for their pyramids, exotic beaches and other pre-historic attractions. But aside from the well known tourist attractions, the country also features interesting annual festivities deeply rooted in their history and culture. Aside from festivities based on their extensive history; some of the best festivals in Egypt are from their deep religious conviction.

We recommend taking a holiday to Egypt during one of the following three events to see a great spectacle;

Wafaa Al Nil
Wafaa Al Nil is a festival commemorating the flooding of the Nile. Until 1970, the Nile River overflowed and the water from the flood came with silt used to fertilize the land. The festival practically commemorates the fertilization of the land which ensures better harvest. Although the Nile River no longer overflows, locals still commemorate the flooding of the Nile through various activities. Aside from concerts, paintings and poetry, the festival also features seminars for those who want to learn more about the festivities and the Nile River. Wafaa Al Nil lasts for two weeks, usually in August or September.
Eid al Fitr
Eid al Fitr is a celebration commemorating the end of Ramadan. Before Eid al Fitr, Ramadan requires Muslims to go on fasting during day light hours. After one month, they celebrate the event as a reward for their patience and perseverance during the fasting days of Ramadan.
During the day, families visit each other with specially made sweets and biscuits with different flavors. After visiting the family, everyone goes out to have some fun by going to the movies, the mall, a river cruise or enjoying the beach.
Cairo International Film Festival
The oldest film festival of its kind, the Cairo International Film Festival often features culturally significant films and even some political undertones because of the country’s government system. Established in 1975, the film festival continues to attract attention from well known film makers of different genres.

Egypt is a very beautiful place with all pyramid and the Egyptian architecture. It is worth watching. I can imagine how the king might be staying at these places. Lifetime experience