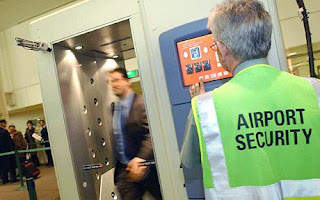 Lie detectors are used to determine if theperson’s statement is true. It’s an intricate device that monitors heart rateand other reactions to the questions and the statements they make. Althoughit’s not a strong proof that a person actually tells the truth, it is used inseveral events.

UKairports will now implement the same technology to beef up security. The uniquefeature of the lie detector in the airport is its ability to tell if a personis lying without extra gadgets or wires attached to the airline passenger. Thistype of lie detector was developed at the University at Bradford.The device was designed by Hasan Ugail, a professor of visual computing fromthe same university.

Testing the device in UK airports can be quite tricky especially when the public knows where the device is installed.For this reason, the authorities did not disclose the actual location where thedevice is currently in use. Some say that it may cause some privacy concernssince it can reveal more than it should especially with the use of thermaldetectors. No one knows where the detector is installed and a passenger couldbe scanned right now without being aware of the process.

Wow! This was inevitable wasn't it? What's next? X-ray vision? Oh wait! they already do that.