Visiting the Most Unusual Islands in the World 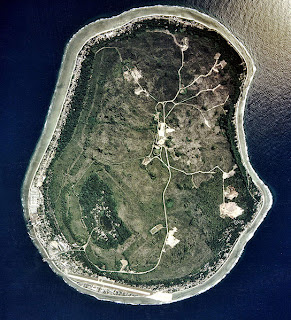 Beautiful untouched beaches with leaning palm trees are usually the first things that come to mind when you think of a tropical island. They are a great place to relax with your special someone and soak in the sun.
But there are actually islands that go beyond the idea of attracting tourists; these are highly unique places that draw visitors because of their quirky and even scary features.
La Isla De La Munecas (The Island of the Dolls)
Just outside Mexico City is a small island called “La Isla De La Munecas”. The island is considered one of the creepiest tourist attractions in the world because it’s full of decaying dolls hanging from trees. It’s certainly a very scary place but it was never intended to be a tourist attraction. The dolls where placed around the island in remembrance of a young girls death in the area.
Jindo-Modo Land Bridge
Also referred to as the “Moses Miracle”, the land bridge is one of the top destinations in South Korea. In the same way the seas split in two to allow Moses and his followers to cross the water, the jindo-modo bridge emerges twice a year (May and June) creating a road 40 meters wide. The land connects the islands of Jindo and modo allowing their people to visit each other. It’s a natural phenomenon of the tides with myths mentioning people fleeing to Modo Island to escape from tigers that roam around villagers in Jindo.
Nauru
The island-country is only 21 square kilometers and it’s considered as the 2nd smallest state after the Vatican. The island country is often called “the country that ate itself” because of excessive exploitation of its natural resources. Decades of mining and extraction of phosphorus affected more than 80 percent of the land.

The Island of the Dolls is really scary and spooky.

Visiting these plases its a life time experience that everybody should have once in his life. The natural beauty that you will see would make you realise how amazing life can be sometimes.

Yes, Johny, my thoughts exactly. I freaked out when I saw the Island of the Dolls. It is the ideal place for a horror movie (or for mafia-style executions between Mexican rival gangs).

Helpful article. Good for the people how need information about this. Thank you. Petter Joe