Tube to take off in 45 minutes at London City Airport? 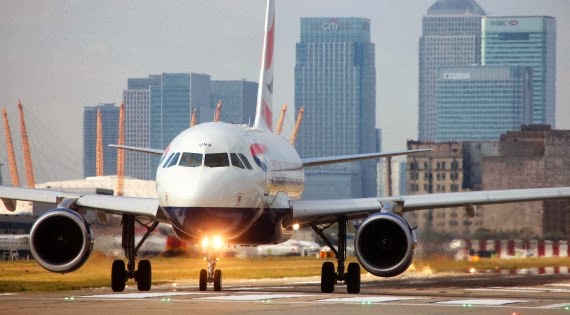 London City Airport is the only airport which is actually in London, and yet not many people know it even exists. But this is all about to change, if its marketing department gets their way. They’re launching a new campaign to make more people aware that the nearest airport to the centre isn’t Heathrow.

The campaign utilises the slogan “Tube to take off in 45 minutes." That may be cutting it fine, but it’s certainly more appealing than “Take the two-hour bus ride to Luton.” London City Airport’s tagline is ‘Get Closer,’ since it’s  located just 6.9 miles to the east of the city on an old Docklands site.

For this reason it’s extremely well connected to the Tube network, being on the Docklands Light Railway in Zone 3. For the sake of comparison, Heathrow is Zone 5, and Stansted or Luton aren’t even in London.

You can fly to over 30 European cities and New York from London City airport, which means it’s not the poxy air strip it’s often assumed to be. Before hauling ass to Luton for your next trip, check to see if London City Airport flies to your destination.