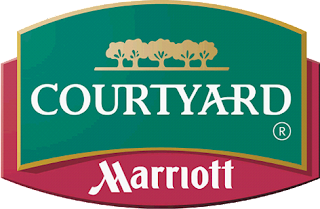 Courtyard by Marriott, a hotel chain operated by the hospitality company Marriott International, have announced that they are planning on opening the first Courtyard chain of hotels in the South American country of Chile.

This comes after an agreement with Falabella Group, the largest retailer in South America boasting operations in Argentina, Chile, Colombia and Peru.

The planned 200 guest-roomed hotel will be placed adjacent to the Marriott Santiago, a 280-room hotel already operating in the area, amongst Chile’s business district with easy access to restaurants and bars in the city as well as the facilities in the Santiago.

The new Courtyard will feature more than 3,000 square feet of meeting space and recreational facilities, which include a swimming pool and fitness centre. The Courtyard chain is primarily targeted to travelling businesspersons, but can cater for families looking for luxury accommodation.

Marriott will open the Courtyard in Santiago with all of the features associated with the chain. This includes a relaxed, refreshing environment for travellers as well as the facilities to stay productive and connected on the move. The hotel will also possess some of the best views of the Andes Mountains.

While this is Courtyard’s first representation in Chile, Marriott International have several other chains in action around the country. The Santiago Marriott Hotel is already running in the business area and a 205-room Ritz-Carlton hotel also open in same city.

The Courtyard by Marriott Hotel will be opened towards the end of 2014 and with more than 900 hotels running in 37 countries, the Courtyard chain is the largest of all Marriott International brands. The company itself owns more than 3,700 properties located in more than 73 countries and territories across the world.