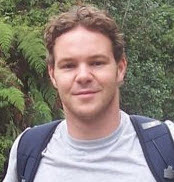 Cali is considered one of the most prosperous cities in Colombia. Located southwest of the country, the city is well known for its agricultural products: sugar and coffee industry has helped the city prosper. The city is also known for its rich heritage which is not based only on the colonial period where beautiful churches where built in the city. Pre-Colombian architecture can be found in Parque Arqueológico De San Augustín as well as Parque Arqueológico De Tierradentro.
Because of the economic standing of Cali, reaching the city is very easy for tourists. The city has an international airport and road network from various cities in the Colombia is also available. Tourists from other cities can easily reach the city by bus or through domestic flights.

The city was recently featured in the news because of Daniel Eley, a volunteer teacher in Cali working with street children who recently had an accident which left him with serious spinal injuries. His activities for human rights in Colombia and the rest of South America are praised by many which is why support for medical assistance and rehabilitation was made everywhere. Groups set up donation channels as they try to raise £90,000 which will be used to airlift to Daniel Eley to England for medication and rehabilitation.

If you want to support this noble cause please join the Facebook group HELP DAN.