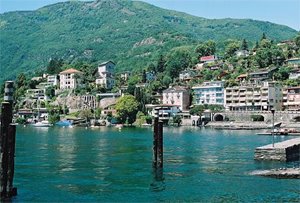 Swissinfo reports that Swiss hotels recorded a 5.7 per cent increase in overnight stays over the first six months of the year, beating tourist industry expectations.
Traditional holiday destinations, including the mountain resorts of Davos and Zermatt, as well as cities were among the main winners of the upswing.

Figures released by the Federal Statistics Office on Wednesday show a total of 17 million overnight stays in Swiss hotels and sanatoriums.
Foreign tourists accounted for a 6.7 per cent increase, while there was a 4.4 per cent rise in the number of Swiss tourists between January and June.
Statistically the most successful period was June, which was exceptionally warm this year.

Switzerland Tourism spokesman Oliver Kerstholt said that "the good results reflect the general economic recovery in our main markets, notably Germany and the United States".
He added that "at the same time the emerging markets in Asia, such as China, and eastern Europe did well".
Mr Kerstholt said that tourists from the US were no longer afraid to travel abroad following the September 11, 2001 terrorist attacks and the start of the conflict in Iraq.